Hosted by the RJO and Department of Music, UNR

During this year’s Jazz in the School program, guest clinicians Annie Booth, Gio Washington-Wright, and Dr. Brian Landrus will listen to each youth band or choir and then provide feedback during private clinics throughout the day. 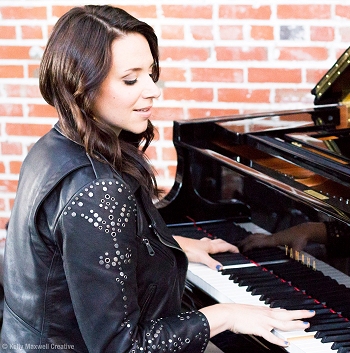 Annie Booth is a versatile and award-winning composer and jazz pianist. She is an active force on the local and national scene as a composer and leader-performer of her many projects (the Annie Booth Trio, Sextet, and Big Band) and as a busy side-musician. Booth holds a Bachelor of Music Performance and a Master of Music in Jazz Performance and Pedagogy from the Thompson Jazz Studies Program at the University of Colorado. As a composer, Booth has received national recognition with awards from Chamber Music, Herb Alpert Young Jazz Composers’ Award, Downbeat Magazine (2020 Outstanding Graduate Performance), and the Jazz Education Network 2020 Young Composers Showcase, among others. In her hometown of Denver, CO, she has been named one of the Ten Best Jazz Musicians by Westword Magazine. 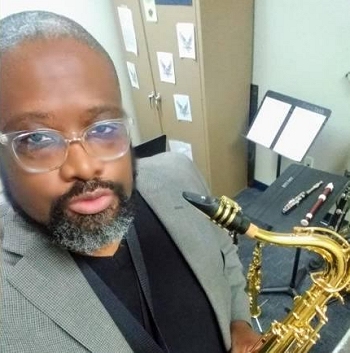 Gio Washington-Wright holds degrees in English and Psychology from the University of Wisconsin-Madison. He also received his Bachelor of Arts in Music, with emphasis from the University of North Texas where he studied under James Riggs and performed with the world-renown One O’Clock and Two O’Clock Lab Bands. He holds a master’s degree in education from Fort Hayes State University where he is also a Doctoral candidate and has done post-graduate work at Columbia and Harvard University. Outside of academia, he is an in-demand performer, composer, and arranger and has worked with or performed with music legends such as Gladys and Mary Wilson (of The Supremes). Washington-Wright is currently the Head Director at Prince of Peace Christian School in Carrollton, Texas. 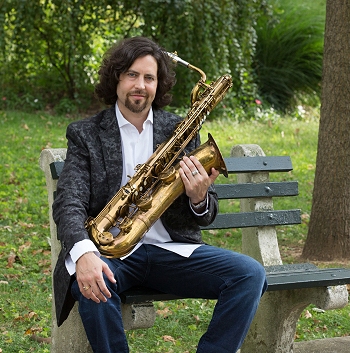 Dr. Brian Landrus is the assistant professor of Jazz Studies at California State University, Sacramento. Landrus teaches jazz improvisation, jazz composition and arranging, private woodwind lessons, and large and small jazz ensembles. Landrus holds a Bachelor of Music degree in saxophone performance from the University of Nevada Reno, a Master of Music degree in jazz saxophone from The New England Conservatory, a Master of Music degree in jazz composition from The New England Conservatory, and a PhD in classical composition from Rutgers University. Landrus consistently places into the top rankings for baritone saxophonist and bass clarinetist and has performed and recorded with some of the world’s greatest musicians. Landrus’ 25-piece orchestral album Generations (2017), was named one of the best recordings of the year by NPR, Downbeat Magazine, JazzTimes, All About Jazz, Jazziz, and many other international publications.

View the Schedule Read About Jazz in the Schools Photos