The Reno Jazz Orchestra (RJO) will host the 20th annual Jazz in the Schools (JITS) program on Saturday, February 8, from 8:30 am to 3:00 pm. Over 300 middle and high school musicians from over a dozen school jazz bands will perform for free in the Nightingale Concert Hall at the University of Nevada, Reno (UNR) campus.

All the student Jazz in the School performances are free. Tickets for the concluding concert that showcases the music of Oliver Nelson at 4:00 pm are $27 for Adults, $10 for Students (with ID) and free for JITS participants. Tickets for the RJO concert at Nightingale Concert Hall at UNR can be purchased online. Buy your concert tickets now. You can call 775-372-6160 if you have questions. Doors open at 3:00 pm for this General Seating event.

"[The students] get the best of both worlds. They get to perform in front of a bunch of people, their friends, other schools, and then they get to have feedback on their performance by some world class professionals."

This program takes place at participating schools throughout northern Nevada. During the first week of the program, the guest clinicians assist the school's music or band director in selecting compositions for the band to play. Each day a different clinician representing his or her area of expertise (brass, woodwinds, percussion, rhythm, bass, guitar, piano) attends the school's band rehearsal. Each day, the school's music or band director records the rehearsal after which the visiting clinician is invited to discuss insights, issues and theoretical points for the band members to consider. The guest clinician also gives instructions and assignments with specific goals for the next week's rehearsal.

In the second and third weeks the clinicians come to two rehearsals in pairs.  During these sessions the clinicians test the assignments and refine the issues addressed during the first week.

To complete the program and to measure the results of the sessions, the school music or band director records the band's concluding performances. These recordings are compared to the initial recordings, thereby allowing for educational discussions amongst the instructors and the students.

If you are a jazz music or jazz band director working in the Washoe County School District (WCSD) and are interested in the Reno Jazz Orchestra's Mentor Program, please contact the RJO Board of Directors. 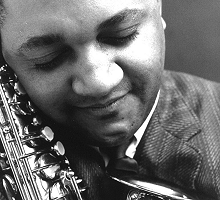 Concluding the event (Saturday, February 8, 2020) at 4:00 pm is a concert entitled “Celebrating the Genius of Oliver Nelson.” UNR jazz faculty quintet “The Collective,’ backed by the Reno Jazz Orchestra, will perform the music of Nelson who was one of jazz’s most renown jazz saxophonist, arranger, composer, and bandleader.

The Collective, one of the most creative and distinctive jazz ensembles in the northwestern United States, features pianist Adam Benjamin, bassist Hans Halt, drummer Andrew Heglund, saxophonist Peter Epstein, and trumpeter Josh Reed. All the group’s members are dedicated instructors and form the core of the Jazz Studies program at the University of Nevada, Reno.

The Reno Jazz Orchestra has been based in Northern Nevada for over 20 years and includes musicians who have performed and traveled the world with acts such as Frank Sinatra, Sammy Davis Jr., Elvis Presley, Natalie Cole, Luciano Pavarotti, and other legendary performers.

Oliver Nelson (June 4, 1932 – October 28, 1975) was an American jazz saxophonist, clarinetist, arranger, composer, and bandleader and is considered to be one of the great jazz musicians of the 1960s and early 1970s. Between 1959 and 1975, Nelson produced over thirty albums in addition to twenty-five film and television scores. Probably his most famous and praised album is The Blues and the Abstract Truth, published in 1961, featuring Nelson with Eric Dolphy, Roy Haynes and Freddie Hubbard. His discography also includes several big-band jazz albums. 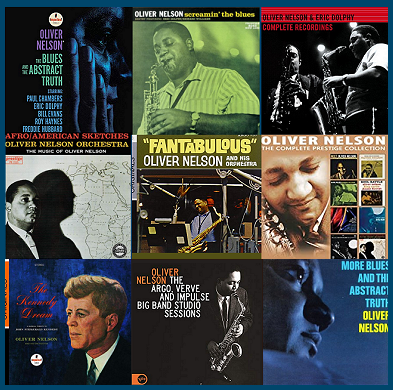