(RENO, Nev.) July 20, 2022 – The Reno Jazz Orchestra announced its unprecedented merger with the Reno Youth Jazz Orchestra and welcomed its new leadership during its Summer Soiree fundraiser in Reno, Nevada, on July 19, 2022. Over $32,000 was raised to support the organization’s youth jazz education programs.

Since the Reno Jazz Orchestra’s (RJO) inception in 1997, the non-profit organization’s mission has been to build a greater appreciation of jazz and support jazz education through its various mentorship programs.

"It has always been a dream of ours to have the region’s finest youth jazz musicians as part of our organization," said Chuck Reider, the new Board President of the Reno Jazz Orchestra. "Today we unveiled a significant development in jazz education and jazz performances throughout the Silver State. With this addition, we will continue to contribute and enhance the vibrancy, diversity, cultural vitality, and quality of music education and our community’s artistic life."

The Reno Youth Jazz Orchestra (RYJO) is a non-profit organization established in 2006. Its mission assembles, by audition, the top middle and high school jazz talent in Northern Nevada. Today, as a partner with the Reno Jazz Orchestra, the organization will continue to provide opportunities for the performance, preservation, appreciation and study of Jazz to the most exemplary student jazz performers in the region.

After 15 years as the Reno Jazz Orchestra’s (RJO) music and executive director, Chuck Reider introduced John Bennum, the organization’s new Executive Director, and Doug Coomler, Music Director. Although Reider will retire his responsibilities, he will oversee the RJO’s Board as its new President.

Reider was instrumental in starting the Reno Jazz Orchestra in 1997. In addition to Reider, the original band was formed by musicians who performed and traveled the world with acts such as Frank Sinatra, Sammy Davis Jr., Elvis Presley, Natalie Cole, Luciano Pavarotti, and other legendary performers.

The tradition of jazz excellence set by the founders continues today with jazz professors, educators, and graduates from the University of Nevada, Reno’s jazz studies program setting new standards of performance.

"Since the orchestra’s inception, I was first a trombonist and then moved to the Executive/Music Director position in 2006," said Reider. "I am so pleased with the growth of the RJO in both our performance schedule and education initiatives due to the support of our donors, the community and all the talented musicians who have performed with us over the years. Our first year’s budget was about $8,000 which grew to $25,000 when I became the Executive/Music Director and now has grown to $315,000!"

"The duties of the Music Director and Executive Director are too much for one person, so this year we have brought on a dedicated team to move our organization forward," said Reider. 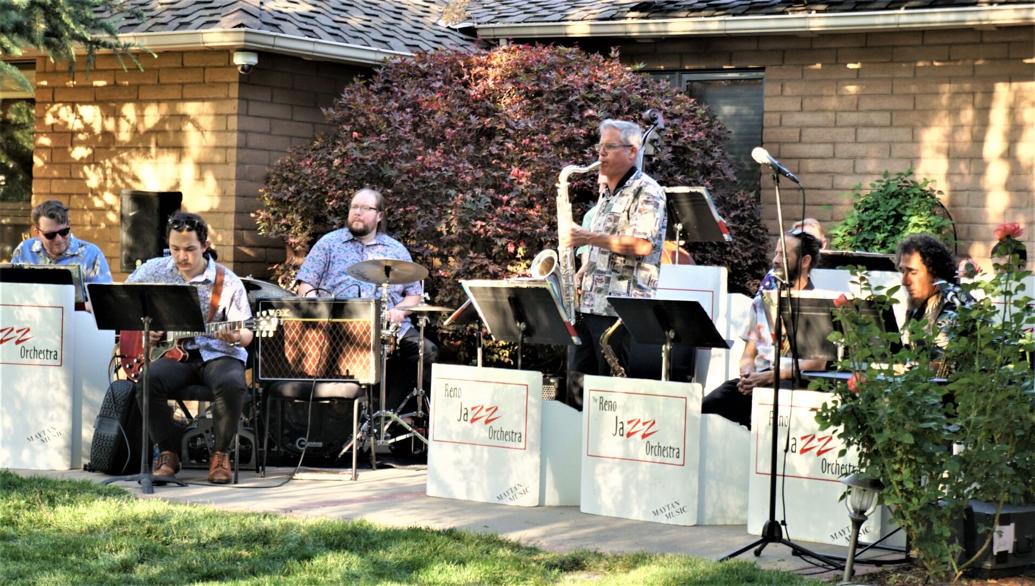 "He is a gifted musician that has performed with us since 2000. He is also an educator, currently the band director for Incline Middle School and has taught privately and at the University of Nevada, Reno."

"I am honored to be the new Music Director for the Reno Jazz Orchestra to complement their legendary performance programs and exceptional music education programs for the youth throughout the region," said Doug Coomler. "The energy coming from an excellent performance is powerful and standing in front of the orchestra conducting still gives me goosebumps," Coomler concluded.

"He has been working with me for two years to understand the business aspect of the RJO and has enthusiastically taken over the helm," said Reider.

"I feel strongly that our growing performance and education programs enhance the cultural vitality of our community, and it is our joy to share the love of this great American art form with the community and the next generation," said John Bennum. "I am proud to be a part of an organization that has meant so much to me for so many years and to carry forward our mission as Executive Director."

"Under our new team’s direction, I am looking forward to the continued growth of our programs in support of our mission; to provide northern Nevada great jazz performances and encourage the next generation to embrace America’s original art form…jazz," Reider said.